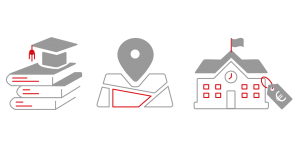 As college application season ends, another season meanders on: the time for scholarships and grants. It’s the period where students are looking to see how much financial aid they can receive to cover the cost of tuition, room, board, and other expenses. As the cost of tuition continues to rise, there is hope in some sectors that the government will help families in need get aid in the form of grants that cover these expenses. While private organizations are doing their best to provide support with the help of scholarship management software, governments are making adjustments and doing their part.

A state of readjustment

In Pennsylvania, the state’s Higher Education Assistance Agency is looking to tweak its grant distribution formula. PennLive reported that for the 2015-16 school year, the agency is expecting to offer the grants – paid out through a tiered system – to fewer students. As a consequence, because the amount of grant money available will remain approximately the same from the previous year, students who gain a grant will receive more money than before.

Currently, the PHEAA is expected to receive $345 million from the annual state budget presented by Gov. Tom Wolf, and officials will likely supplement it with $75 million from the agency’s business earnings. As a result, the highest grant will be $4,340, which will be a greater than $200 increase from the previous year. That will be reserved for students who attend colleges costing more than $29,000 per year. The average grant is expected to be $3,249, which is $380 more than the previous year. On top of this, likely in combination with grant management software, PHEAA will allocate $15.8 million for the administration of the grants. Surely, this will be a boon to the 154,585 student grantees next year.

Meanwhile, in Washington, the Department of Education announced a fund that will support Native American youths get through college and start careers, according to iSchoolGuide. As part of President Barack Obama’s Generation Indigenous initiative, the DOE is looking to provide money not directly to students, but to tribes who will in turn use it to educate and train their younger brethren. By Sept. 30, 2015, up to seven grants will be provided to tribal communities who demonstrate need based on consultations. The groups will have to demonstrate areas where youth are unable to flourish and plans to overcome them. The ultimate goal is to help improve the lives of Native Americans as much as possible.